It is well known: Americans love France! And many of them want to settle in our beautiful country at the end of their professional life. If you desire to settle in France for you retirement, you may be ware of how french taxation on american pensions works. In addition, there are also many French citizens who have spent all or part of their career in the United States and are wondering how to tax their income once they retire.

Other questions about french taxation on American pensions? Find the answers here :

The American retirement system is very different from the French system. As in France, there is a “public” pension paid by the American Social Security, but it generally consists of a very modest income, and it is necessary to resort to private pension plans or company plans to benefit from a larger income when the time comes.
Here is a brief overview of the most commonly encountered retirement plans:

This is one of the most common retirement plans in the United States. This savings product, often initiated by employers (who may also contribute to it), is a defined contribution plan: the benefits to be received at retirement are not known and will depend on the profits and losses realized from the investment of the capital. The contributions paid are not taxed (deducted from pre-tax salary), but the benefits to be received at retirement will be taxable. To limit the tax benefit, contributions to a 401K are capped at $19,500 (2021 limit).

This is an individual retirement plan that can be taken out by any individual provided they have a taxable income (a certain level of income may be required depending on the plan). This plan is therefore not only reserved for employees. It is also a “pre-tax” plan, which means that the contributions made are tax-advantaged. The contribution limit is $6,000 in 2021. Benefits received at retirement age will be taxable.

The Roth IRA works differently than the previous two plans: contributions to the savings vehicle are after-tax, but in return, the income to be received at retirement will not be subject to tax (conditional unlocking). In 2021, the annual contribution limit is $6,000. Access to the Roth IRA is limited: single individuals earning more than $140,000 per year and married couples earning more than $208,000 are not eligible to contribute to a Roth IRA.
In the U.S., the tax treatment of benefits received from these different plans varies according to their characteristics, but what about in France?

How the french taxation on American pensions works ?

Individuals domiciled in France for tax purposes must report all of their French and worldwide income annually, subject to the application of international tax treaty provisions. With respect to retirement income, Article 18 of the tax treaty signed between *France and the United States provides:

In other words, the treaty establishes that pensions are taxable only in the source state of the income. As a result, U.S.-source retirement benefits received by an individual domiciled in France for tax purposes remain taxable in the United States.

The end of the Department’s response is interesting, however: the Department reminds us that regardless of the fact that they are not taxable in France, U.S. source retirement benefits must still be reported on the French return in order to calculate the effective tax rate. Retirement pensions must therefore be correctly declared in France and double taxation on this income will be avoided thanks to a tax credit equal to the French tax. 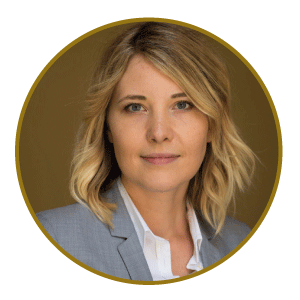 Sandy has more than 10 years of experience at  Roche & Cie.
Specialist of Non-residents’ taxation, real estate and related activities.
Contacts.