Home » S.A.S or S.A.R.L. – Which legal structure for your business in France? 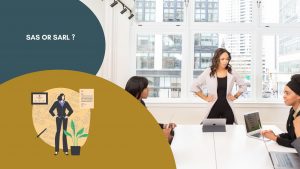 SAS or SARL : Which legal structure should you choose for your company in France?

SAS and SARL are the two most commonly used corporate forms in France. These two companies are commercial structures, with limited liability, each with its own particularities. The SARL’s operation is largely regulated by law, contrary to the SAS whose operation is more flexible, since it is largely determined by the partners (very free drafting of statutes). We propose you to find hereafter a comparison of the main legal, fiscal and social characteristics of these two structures. You will then be able to determine which of these two companies is right for you!

The number of partners

Each of these two companies has the possibility of being constituted by a single partner, which is called a single-member company. The SARL is then called “Société à Responsabilité limitée à associé unique” and the SAS becomes a SASU “Société par actions simplifiée à associé unique”.
The two legal forms vary, however, with regard to the maximum number of partners: the SARL sets it at 100, while the SAS can have an unlimited number of shareholders.

Name of the partners and managers
The founders of a SARL are called “partners”, the shares of this company being social shares, whereas the partners of a SAS are “shareholders”, the company being made up of shares.
A SARL will have a Manager and a SAS will be headed by a President.
Apart from these differences in name, there are no real editorial differences between these two types of structure on :

– The obligation to write statutes,
– The quality of the partners,
– The life of the company,
– The authorized activities,
– The contributions to the social capital.

As for the formalities of constitution, they are identical for both companies. The deposit of the capital must give rise to an original certificate of deposit provided by the banking establishment summarizing the contributions of each partner.
The M0 declaration must be filed with the trade and companies register.

As indicated above, the qualification of the managers is different according to the structures: the SARL is managed by a “Manager” whereas the SAS will have a “President”.

A SARL can be managed by one or more managers, appointed in the articles of association or by separate deed, and who can only be natural persons.
A SAS is managed by a single President, a natural or legal person appointed under the conditions set by the articles of association, and by any other body freely constituted by the partners. If necessary, the shareholders of the SAS can also appoint a Chief Executive Officer and a Deputy Chief Executive Officer, in addition to the function of Chairman.

The president of the SAS and the manager of the SARL both represent the company in relation to third parties and any clauses in the articles of association limiting their powers are not enforceable against them.

The social status of SAS and SARL managers

It is on this point that the difference between the two legal structures is the most important, and in particular in small structures with a very limited number of partners.

The majority manager in a limited liability company

In a limited liability company, the manager is said to have a majority of the shares if he holds more than 50% of the shares, counting not only his own shares but also those held by the other members of his tax household. Example: Mr. Xavier is the manager of the company Tartuffe. He owns 40% of the company’s capital, his wife 20%, and his cousin the remaining 40%. Is he the majority manager? Yes, because to assess the majority, the shares held by his wife must also be taken into account, i.e. 40% + 20% = 60%.

This notion is important because in SARL, the majority manager comes under the social regime of the “Non-Salaried Workers” and depends on the Social Security for the Self-Employed (ex-RSI).

The minority manager in a SARL

When the manager holds less than 50% of the shares of the SARL, he is no longer dependent on the regime of the “Travailleurs Non-Salariés”, he is assimilated to an “employee”. He receives a salary each month, and is given a pay slip. The dividends he receives are not subject to social security charges.

The Chairman in SAS

In SAS, whether the director is a minority or majority shareholder or even the sole shareholder (SASU), he is considered as an “employee”. He therefore receives a salary each month, and the dividends he receives are not subject to social security contributions.
Under the “employee” system, social security contributions include employee and employer contributions. Overall, the total of these charges is considered to represent on average 80% of the net compensation.

At the social level, and considering a majority manager, the two legal forms thus present a very different social functioning:

NB: in France, dividends are subject to a flat tax of 30% (Prélèvement Forfaitaire Unique – PFU). 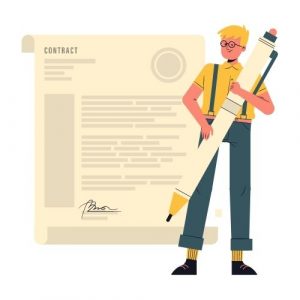 What is the corporate tax rate in France?

As of January 1, 2022, the corporate tax rate in France will increase to 25%.
Reduced rate of 15% on the first €38,120 of profits:
Two cumulative criteria:
– Turnover before tax less than €7.63 million
– Capital fully paid up and at least 75% owned by individuals (or by a company applying this criterion).

In these two structures, a statutory auditor is mandatory when 2 of the 3 following thresholds are crossed
– Total turnover excluding taxes higher than 8.000.000 €.
– Total balance sheet of more than 4.000.000 € in SARL
– 50 employees.
In addition, a statutory auditor must be appointed whenever a SAS is controlled by another legal entity.

Transfers of SARL and SAS shares

The regime of SAS transfers is much more flexible and advantageous than that of SARLs:
Transfers of SARL shares are recorded by private deed or notarial act.
They are subject to a registration fee of 3%, after a deduction of €23,000 (in proportion to the percentage of ownership of each partner).
Sales of SAS shares are recorded by a simple transfer from one account to another and are subject to a 0.1% registration fee.

In addition, transfers of SARL shares are subject to a mandatory approval procedure when the purchaser is a third party, failing which the transfer may be declared null and void.
In the SAS, nothing is provided in this respect and the partners may decide to set up an approval procedure if they consider it useful, and to arrange it as they see fit. 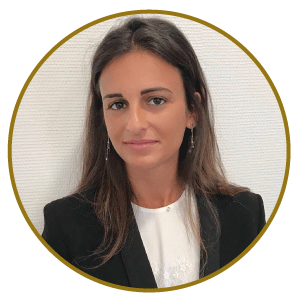 Déborah Zerbib has several years of experience in the field of personal and international taxation after a Master II specialized in Tax Law.